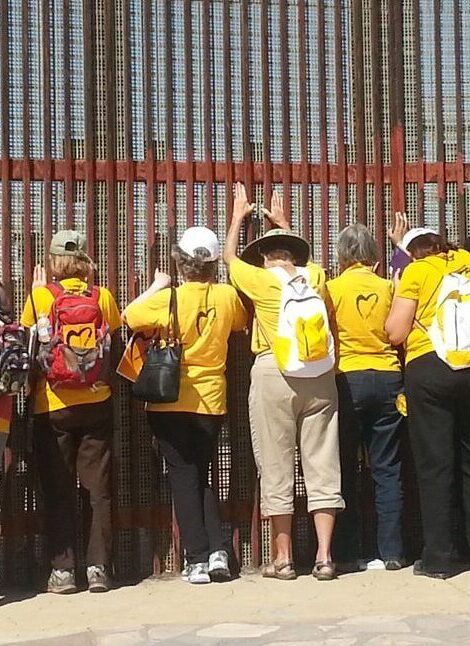 These presentations are designed to allow community members, workers, legal advocates, migrants and others to share information about how immigration and border policies affect the rights and way of life of the people involved. The series of panel discussions continues through late October. Contact lauracortezgarcia@gmail.com with questions or to sign up for the next panel on Oct. 1. They are intended to contribute to the ongoing work of building connections with communities along the U.S.-Mexico Border. We are moved to action by current immigration policies that separate thousands of children from their parents, that allow Border Patrol agents to injure and kill people with impunity, and that allow border walls to desecrate pristine ancestral lands of indigenous people.

This third 90-minute Zooming to the Border panel focused on the how border wall construction impacts local communities and how it contributes to border deaths. MC’ed by AFCS’s Pedro Rios it included organizers from California/Tijuana, Southern Arizona, and the Rio Grande Valley of Texas.

Intercept article about the arrests of the O’odham land defenders

Southern Border Communities Coalition:
Videos/Facts About the Militarization of the Border