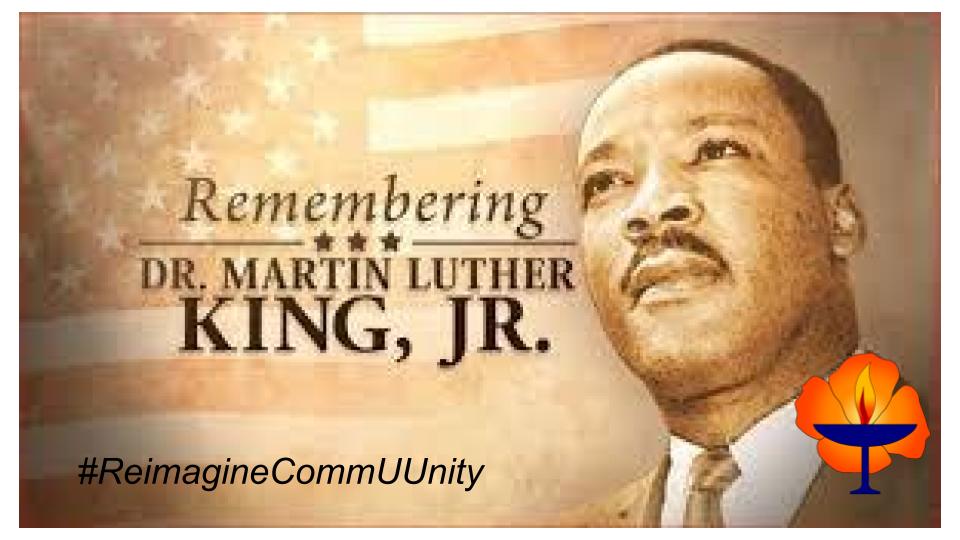 Words delivered by Rev Dr Martin Luther King Jr, from the The 1966 Ware Lecture: “Dont Sleep Through the Revolution” to the UUA General Assembly

“Certainly the church has a great responsibility because when the church is true to its nature, it stands as a moral guardian of the community and of society. It has always been the role of the church to broaden horizons, to challenge the status quo, and to question and break mores if necessary. I’m sure that we all agree that the church has a major role to play in this period of social change.”

“It is very consoling to me, and I know to all of us, the role which all of the major denominations within the Protestant, the Catholic and the Jewish faiths played in the achievement of the civil rights bill of 1964, the voting rights bill of 1965. We struggled in Selma, Alabama, and in a real sense we developed right there in that little town something that the councils of the world have not been able to develop—a real ecumenical movement. Protestants, Catholics and Jews stood in Selma, and in a beautiful and meaningful way that was the ecumenical movement which created the voting rights bill. That bill is a tribute to persons like James Reeb, Mrs. Viola Liuzzo and Jimmy Lee Jackson, those who died and suffered to make it possible.”

We must act now!