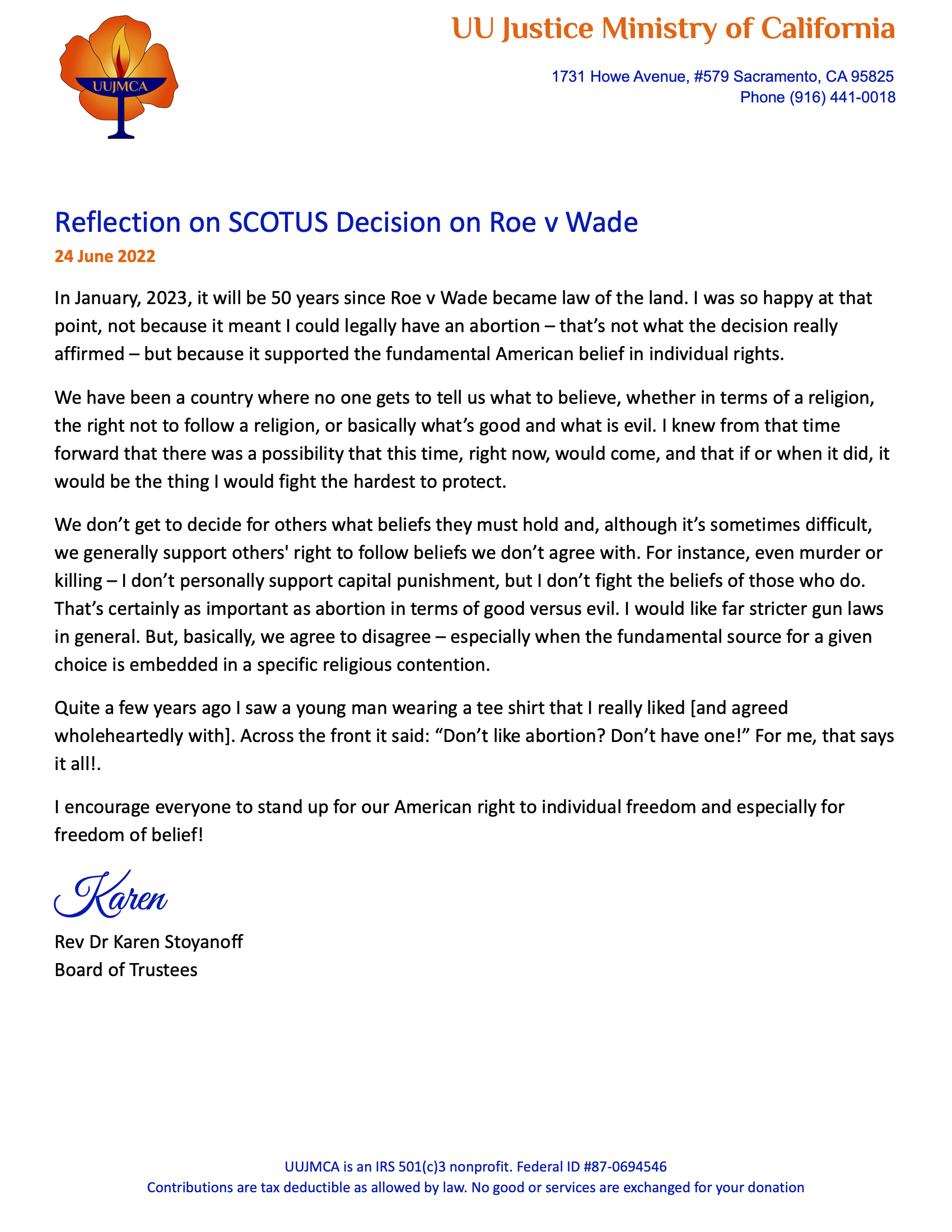 In January, 2023, it will be 50 years since Roe v Wade became law of the land. I was so happy at that point, not because it meant I could legally have an abortion – that’s not what the decision really affirmed – but because it supported the fundamental American belief in individual rights.

We have been a country where no one gets to tell us what to believe, whether in terms of a religion, the right not to follow a religion, or basically what’s good and what is evil. I knew from that time forward that there was a possibility that this time, right now, would come, and that if or when it did, it would be the thing I would fight the hardest to protect.

We don’t get to decide for others what beliefs they must hold and, although it’s sometimes difficult, we generally support others’ right to follow beliefs we don’t agree with. For instance, even murder or killing – I don’t personally support capital punishment, but I don’t fight the beliefs of those who do. That’s certainly as important as abortion in terms of good versus evil. I would like far stricter gun laws in general. But, basically, we agree to disagree – especially when the fundamental source for a given choice is embedded in a specific religious contention.

Quite a few years ago I saw a young person wearing a tee shirt that I really liked [and agreed wholeheartedly with]. Across the front it said: “Don’t like abortion? Don’t have one!” For me, that says it all!

I encourage everyone to stand up for our American right to individual freedom and especially for freedom of belief!

The Rev. Dr. Karen Stoyanoff
Trustee
UUJMCA Board of Trustees